Photo credit University of FloridaOn Friday, February 22, 2019, Harris Rosen and the ReMission Summit Against Brain Tumors officially announced a game changing alliance. During the 2019 summit at Rosen Shingle Creek, Mr. Rosen launched a fundraising campaign which he kicked off with a $12 million donation. Duane A. Mitchell, M.D., Ph.D., Director, Cancer Therapeutics & Immuno-Oncology at the University of Florida Health Cancer Center, says this partnership captures the desire for “a true paradigm shift in brain tumor research and treatment.”

Typical research environments are competitive as resources are extremely limited. This causes teams to withhold research from the public to secure a competitive advantage over other researchers who are vying for grants and extra funding. ReMission Summit, via the Remission Alliance Against Brain Tumors, aims to breakdown these barriers by creating an open environment in which researchers and doctors who benefit financially from donations must be willing to share research, labs, and tools. The hope is that in this environment, ideas, clinical trials, and treatments will be freely shared, debated, tested, and delivered to patients faster.

This alliance and open funding has attracted the attention of top brain cancer experts from across the globe creating a network of neuro-oncology, tumor immunology, and genetics experts. This group has been vested by top peer institutions as well as a “community of vested collaborators and influencers affected by brain cancer.” The ReMission Alliance headquarters runs out of the University of Florida (UF) Health in Gainesville. 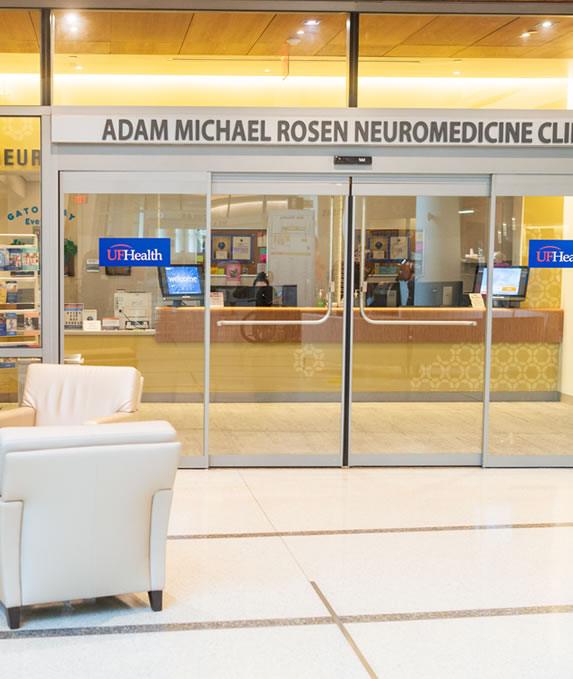 Adam and his family will always have history with UF Health. After Adam received a diagnosis of inoperable anaplastic astrocytoma by Dr. William Friedman, he became a patient of Dr. Ashley Parham Ghiaseddin at the UF Health Neuromedicine Hospital. Adam’s prognosis qualified him to receive immunotherapy vaccines still in clinical trial stages. These trial vaccines were creations of Dr. Duane Mitchell and his team of researchers, a team Dr. Mitchell brought with him from Duke University.

At UF, Dr. Mitchell and his team are expanding on Mitchell’s trailblazing work of fighting brain cancer with advanced immunotherapy. His research and clinical trials have received international recognition as they’ve been successful in significantly extending their patients’ lives.

Harris Rosen’s generous donation toward UF Health and ReMission Alliance, headed by Dr. Mitchell, brings together world-leading neuro-oncology scientists and physicians and scientist. Speaking about Rosen’s generous donation, UF President Kent Fuchs says, “Thanks to the generosity and support of Harris Rosen and his family, we are able to pursue research breakthroughs that result in real change.”

Is there a person in your life fighting cancer that you feel deserves the spotlight? Is there a cancer-related moment that touched your life? Let’s share our stories of strength and about these fighters to give others hope and inspiration.

With the help of a cornerstone donation from Harris Rosen, the Remission Alliance Against Brain Tumors is reshaping cancer research by creating an open network of shared labs and studies so that groundbreaking treatments are delivered to patients faster. The hub of this new initiative runs out of University of Florida in Gainesville.

This website uses cookies to improve your experience while you navigate through the website. Out of these cookies, the cookies that are categorized as necessary are stored on your browser as they are essential for the working of basic functionalities of the website. We also use third-party cookies that help us analyze and understand how you use this website. These cookies will be stored in your browser only with your consent. You also have the option to opt-out of these cookies. But opting out of some of these cookies may have an effect on your browsing experience.
Necessary Always Enabled
Necessary cookies are absolutely essential for the website to function properly. This category only includes cookies that ensures basic functionalities and security features of the website. These cookies do not store any personal information.
Non-necessary
Any cookies that may not be particularly necessary for the website to function and is used specifically to collect user personal data via analytics, ads, other embedded contents are termed as non-necessary cookies. It is mandatory to procure user consent prior to running these cookies on your website.
SAVE & ACCEPT
Accessibility
cancel accessibility
Provided by: